Standardizing the Web of Things

Seluxit CEO, Daniel Lux, has once again weighed in at the recent joint meeting between W3C and the IETF in Sapporo and Yokohama, Japan (October, 2015). The meeting was held under the auspices of the W3C’s Web of Things IG, concerned with driving IoT standards higher up the stack.

Together with Frank Reusch from RWE, Daniel presented a live demonstration of RWE’s Lemonbeat protocol with particular focus on the Lemonbeat smart Device Language (LsDL) application layer. The Lemonbeat application layer, recently released to the W3C as a specification draft, tackles many of the current issues that are being addressed to create meaningful device interoperability, and is thereby of great interest to these standardization bodies as they continue to play a central role in the development of the Internet (and the IoT) as well as the Web (and the WoT). 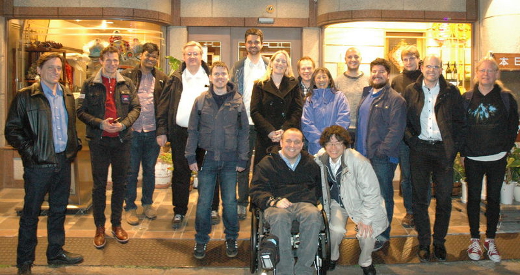 I am a nerdy person who loves going into depth in diverse areas of knowledge. The less I know about a matter, the more I can learn. I always find it exciting to meet people with a different area of expertise from mine. Solving challenging problems is one of the most exciting things to do and working in a group is always more rewarding than working alone. Working with engaged, driven people, women, men, old, young, different professions, cultures, and religions is a great experience. In my work as co-founder of Seluxit, I have gained in-depth knowledge in the field of the Internet of Things, from wireless communication protocols, over cryptology and security, to cloud services and user interfaces. Doing an IPO with Seluxit in 2018 has been a fascinating journey and taught me a lot about business plans, due diligence, PR/IR, and how to professionalize and grow a listed company. Next to my work, I engage very actively in climate change discussions. My main focus is on finding solutions and the effects that CO2 has on our human body. You can find my articles about this subject on Medium and some videos on YouTube. I enjoy running, playing piano, and socializing to balance my busy work life in my free time.
← Smart products? We wrote the book. Mobile World Conference 2016 →