Everyone agrees we need standards for the Internet of Things. But there’s a problem

The internet of things can revolutionise the way we live and work, but don’t assume it will be easy. Significant impediments remain. For starters, ignoring the need for rules around high level functionality and only standardising around core networking and security looks like folly.

Imagine yourself a few years into the future. You’re about to purchase
the next smart gizmo and you see one of several IoT standards logos on the box. You smile, knowing that your home gateway device, whose job is to unify your devices, also shares that logo. With the product now in your hands, you get home and open up the packaging, follow the quick-start guide, and it connects. Brilliant.

So you’ve now added the latest device to your home network arsenal using your chosen IoT standard, and perhaps that was even easier than pairing Bluetooth devices. From your phone, you can remotely dim your lights and your coffee gets brewed automatically in the morning. You have a smart thermostat. You can even connect your brand-X camera with your brand-Y TV. Life is good.

But wait, where’s the one app to rule them all? Where’s the app with the logo from my device’s packaging so I can set up a rule to dim the lights when I’m viewing pictures on my TV with the option for brewing up a mocha cappuccino? 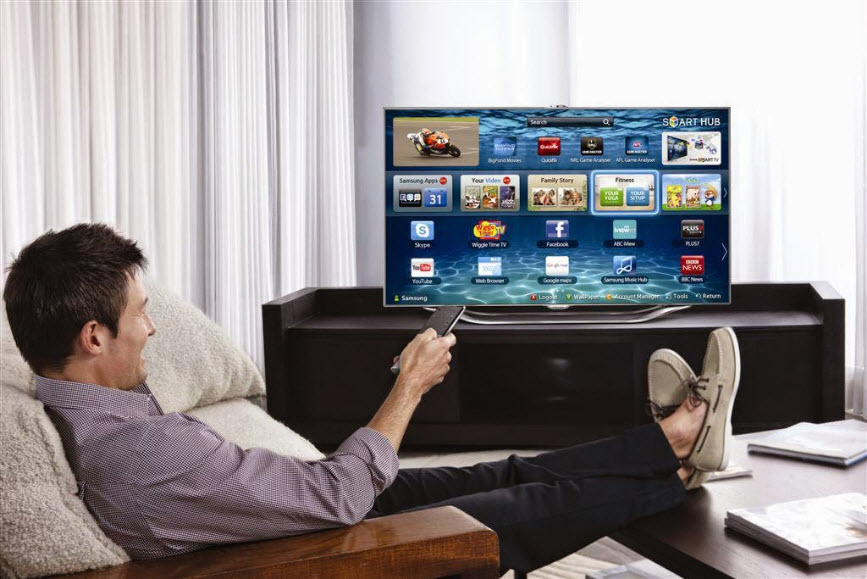 And what happens when we start talking about something less trivial. What about your smart thermostat. It learns over time from human input, and it ought to be able to work in orchestra with other types of inputs too. Perhaps you have installed smart sensors (motion, heat, humidity, gas) and have a smart HVAC system. In concert these devices can really take the sophistication of control, comfort and energy savings to new levels.

Well, the thermostat, HVAC and all the sensors you install can discover each other, but then what? The smart thermostat and HVAC need to understand and then act on the messages being sent. Where’s the app for that if you have three or four different device vendors? Their brands shouldn’t matter, because they have the same little IoT logo on the packaging, right?

There is no disagreement that we are in need of a set of standards to move things forward. Where would we be today if it weren’t for USB and HTML for example (or their equivalents in a parallel universe where Beta-Max ruled the 80’s)? What if there were 50 instead of 3 major mobile operating systems. If we didn’t agree that we needed standards, we wouldn’t have so many companies and consortia creating them. And whether the future set of standards comes from open-source communities or commercial initiatives, there is no doubt that they are needed before the Internet of Things becomes more than just hype.

But we’re missing the target. Back to our story above, we discovered that the standards behind the logo only enable the networking of disparate devices. What you’re missing is the ability to configure the devices to speak with each other in a meaningful way. The problem is that the high-level functionality of each device, the application layer, is still up to the vendor of that device, as the standards organizations strive to stay agnostic on any front other than core networking and security.

This is folly. Not focusing on standardizing the ways that vendors will have to implement high-level functionality will be an impediment to the full realization of the potential of the Internet of Things.

If the thermostat guys and the sensor guys and the HVAC guys on the one side give the possibility of generic interaction between devices, and their corresponding app and cloud-service developers on the other are able to configure this interaction, we’re taking a step in the right direction. It would be an advantage if the same language were spoken by the devices and the apps on the cloud. The right language could also enable the devices to change their behavior and interaction not by updating the firmware, but rather by mere configuration.

But how? This is the missing standard without which we need to solve the problem case-by-case. But the mathematics of the situation soon become desperate as the complexity of the interaction between devices is exponential. Dealing with the potential combination of 10 devices becomes very difficult. Dealing with the combination of 100 devices becomes virtually impossible.

Commercial initiatives may well blaze a trail and show us what can be achieved and provide us with working models of a common application standard. Innovation in this arena has already yielded impressive results. But the problem with this model, which we might expect to see from Apple and their Homekit project for example, is that the closed proprietary nature of the venture precludes the kind of snowballing we need to really see for the development of the Internet of Things.

Open source standardization bodies such as Thread, AllSeen and the OIC, do seem to acknowledge that they are passing over the aforementioned missing application standard in favor of agnosticism and flexibility, but they are at risk of selling themselves short if they don’t address this tangled problem head on sooner than later. Otherwise, they will ultimately have to take the consequences of their technologies’ shortcomings as we wait for a front runner emerge who can cut the proverbial Gordian knot.

See the article on WHICH-50

I am a nerdy person who loves going into depth in diverse areas of knowledge. The less I know about a matter, the more I can learn. I always find it exciting to meet people with a different area of expertise from mine. Solving challenging problems is one of the most exciting things to do and working in a group is always more rewarding than working alone. Working with engaged, driven people, women, men, old, young, different professions, cultures, and religions is a great experience. In my work as co-founder of Seluxit, I have gained in-depth knowledge in the field of the Internet of Things, from wireless communication protocols, over cryptology and security, to cloud services and user interfaces. Doing an IPO with Seluxit in 2018 has been a fascinating journey and taught me a lot about business plans, due diligence, PR/IR, and how to professionalize and grow a listed company. Next to my work, I engage very actively in climate change discussions. My main focus is on finding solutions and the effects that CO2 has on our human body. You can find my articles about this subject on Medium and some videos on YouTube. I enjoy running, playing piano, and socializing to balance my busy work life in my free time.
IoT standard | WHICH-50
← The gap between the internet and the things Cybercom and Seluxit announce strategic IoT partnership →