Seluxit CEO, Daniel Lux, has been called on to share his expertise on the topic of 5G and the Smart Grid at the upcoming Tele2018 event the 24th of October in Copenhagen.

The event is hosted by the Danish Chamber of Commerce (Dansk Ervherv).

5G for most is synonymous with markedly faster connections, but 5G also encompasses a series of new slower-speed connections including NB-IoT and LTE-M. Both aspects of 5G have their application in IoT in general, and Daniel Lux will speak of the specific application to the smart-grid context, which is one of Seluxit’s main strategic focus areas. 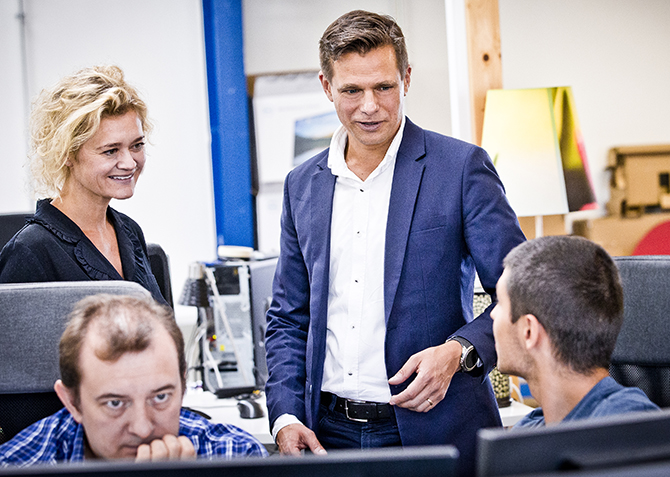 I am a nerdy person who loves going into depth in diverse areas of knowledge. The less I know about a matter, the more I can learn. I always find it exciting to meet people with a different area of expertise from mine. Solving challenging problems is one of the most exciting things to do and working in a group is always more rewarding than working alone. Working with engaged, driven people, women, men, old, young, different professions, cultures, and religions is a great experience. In my work as co-founder of Seluxit, I have gained in-depth knowledge in the field of the Internet of Things, from wireless communication protocols, over cryptology and security, to cloud services and user interfaces. Doing an IPO with Seluxit in 2018 has been a fascinating journey and taught me a lot about business plans, due diligence, PR/IR, and how to professionalize and grow a listed company. Next to my work, I engage very actively in climate change discussions. My main focus is on finding solutions and the effects that CO2 has on our human body. You can find my articles about this subject on Medium and some videos on YouTube. I enjoy running, playing piano, and socializing to balance my busy work life in my free time.
← Press Interest in IPO Company Profile on Børsen →